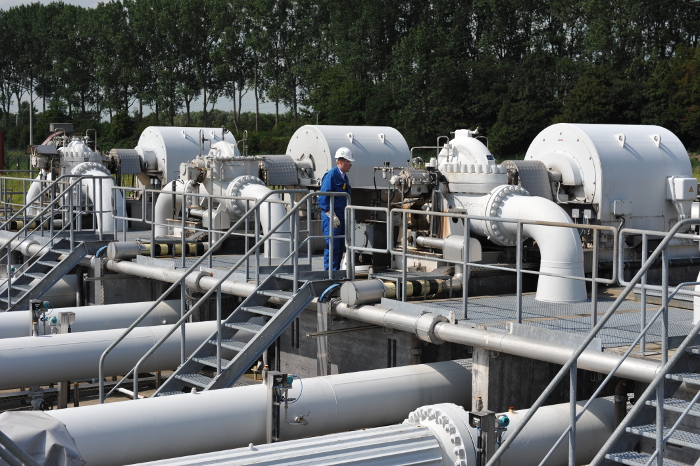 The pump seal as the name implies forms a “seal” around the pump shaft that enters the pump casing and is attached to the impeller.  This “seal” keeps the pumped fluid inside the pump casing while allowing the shaft to rotate, spin the impeller and pump the fluid.  Seal integrity is of particular importance when the pump fluid is toxic, flammable, above its autoignition temperature or corrosive.

Pump seal failure is a major cause for pump outage and reduced pump reliability.  While much attention is given to proper pump sizing and design of the piping system, the pump seal does not get much attention when a pump is specified.  Most engineers rely on company recommended practices by “reference” in the pump data sheet or depend on the pump vendor to specify the “right” seal.

Most pumps in the process industries are equipped with a single mechanical seal.  Figure 1 provides a visualization of single seal in the seal chamber along with a simplified picture.  As the name implies, the seal provides a single sealing point to keep the pumped fluid contained in the pump.

Seal failure is normally attributed to any one or a combination of issues such as:

Failure of a pump seal in hazardous service presents several serious issues that involve one or more of the following:

This is why the process industries, using process safety analysis tools such as HAZOPS and LOPA, have been identifying pumps for upgrade to reduce the potential safety and environmental risks presented by pump seal failure.  The decision to upgrade a pump is normally based on an evaluation of the pumped material, toxicity, temperature, flammability, flash temperature, auto-ignition temperature and failed seal release rate.

There are several options available to reduce or eliminate the potential hazards presented by the failure of a pump seal.  These options are 1) eliminate the pump, 2) replace the pump with a seal less pump and 3) upgrade the pump seal to a dual seal.  Elimination of the pump is normally not viable but should be evaluated to determine if conditions exist that would allow the pump to be eliminated or replaced by another means to transfer the process fluid.  Replacing a process pump with a seal less pump, a canned or magnetic drive pump, may not be the most economical.  This is because most seal less type pumps lack the capacity and/or sufficient head and are normally less efficient.  That said, depending upon the application, seal less pumps should be evaluated for a possible fit.  The remaining option is to upgrade the pump single seal to a dual or double mechanical seal with the appropriate seal flush plan(s) with alarms.

Depending upon the pump or the age of the pump, the seal chamber may not be large enough in diameter or length to accept a dual seal.  In this case, the options available are to machine the pump seal chamber to accept the dual seal, replace the Back Pull Out (BPO) (which must be done if the seal chamber cannot be machined to accept a dual seal), or replace the pump.  If the BPO or the pump must be replaced, it is strongly advised to have the BPO or pump supplied with the needed dual seal installed.  This will save time and avoid delays and additional costs.

A dual or double seal has 2 single seals in series.  The primary seal or inboard seal faces the process fluid keeping the process fluid inside the pump seal chamber.  The secondary seal or outboard seal is between the primary seal and the atmosphere.  A dual seal can be supplied in several arrangements:  Back-To-Back, Face-To-Face, or Face-To-Back (Tandem).  Figure 2 provides a visualization of the various dual seal arrangements.

The dual seal by itself does not provide the protection needed by industry.  Failure of the primary seal will result in the pumped fluid entering the space between the 2 seals and contained by the secondary seal.  Failure of the secondary seal would negate the 2 seal protection without the operator knowing about it.  The question is: How can the operator determine if one of the seals failed, primary or secondary, and the pump is operating with a single seal?  This is where choosing the proper seal flush plan(s) with alarms comes into play in the pump seal upgrade.  The dual seal arrangement required is dependent upon the pumped fluid with regard to temperature, particulate matter, physical properties, site preferences and company preferences.

Next is to determine the seal flush plan to be used with the dual seal.  The seal flush plans used with dual seals normally circulate a liquid seal fluid between the primary and secondary seals of the dual seal.  Circulation of the seal fluid is by natural convection, a pumping ring between the 2 seals if natural convection is not sufficient, or from an external source.  Typically seal plans used with dual seal applications are Plan 52, Plan 53A/53B/53C and Plan 54.  Seal Flush Plan 52 is depicted in Figure 3.  This plan is an unpressurized flush plan and normally “rides” on the pressure of the flare or collection system header.  The seal fluid circulates by natural convection and the seal normally is equipped with a circulation ring to ensure proper seal fluid circulation rate.  The Seal Flush Plan 53A/B/C are similar to Plan 52 but are pressurized.  Note that the reservoirs used in Plan 52 and the Plan 53s are normally equipped with cooling coils if needed.  Seal Flush Plan 54 is depicted in Figure 4.  This plan is a pressurized seal flush system that utilizes a small pump to circulate the seal fluid.

As you can see in Figures 3 and 4 the seal flush plans have instrumentation and alarms to alert operations when one of the 2 seals fail and which seal failed.  Thus, the alarms enhance the safety should a seal failure occur and alerts operations to take action before the pumped fluid is released to the atmosphere.

Seal Flush Plan 74 utilizes a gas, normally nitrogen, as the seal fluid.  This plan sets a very small flow of nitrogen through the pump seal into the process.  This seal flush plan is very successful on compressor seals.  As of this writing, Plan 74 it is not heavily used for pumps in liquid service.